In the news recently is the flying of the union jack by a Donegal hotelier Brendan Rohan who owns Dunfanaghy Holiday Village in Co Donegal. Apparently he gets a lot of business from English people and flies their flag as a form of welcome, he seemingly has forgotten our history and the disrespect shown by loyalists for the Irish flag and hatred shown on their eleventh night bonfires. Don’t believe the flying of the union jack is a good idea and the making guests feel welcome isn’t sufficient reason for it to be flown in the republic. The hotelier in question doesn’t fit the profile for being a anglophile formerly being a officer in the Irish army and all. The hotelier is contactable on facebook if one wants to get his side of the story. One wonders how it will end. Incidentally I rate below as being incitement to hatred at the very minimum. 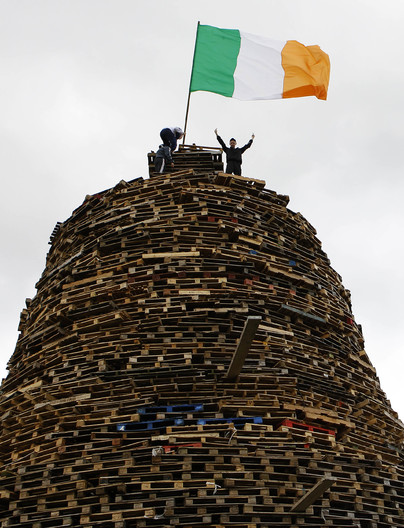 One thought on “Donegal Hotelier flies the Union Jack.”