Having a read of the newspapers brought me to this a review of a Ciara Kelly a “Newstalk” Dj who doesn’t approve of a United Ireland and she discussed this on her radio show during the week. Here’s a link to the Irish times article on the subject https://www.irishtimes.com/culture/tv-radio-web/ciara-kelly-i-can-see-many-reasons-not-to-vote-for-a-united-ireland-1.3980637 and for good measure here the same Ciara Kelly in the independent-t https://www.independent.ie/opinion/comment/dr-ciara-kelly-we-need-to-think-hard-about-the-realities-of-a-united-ireland-38392984.html. 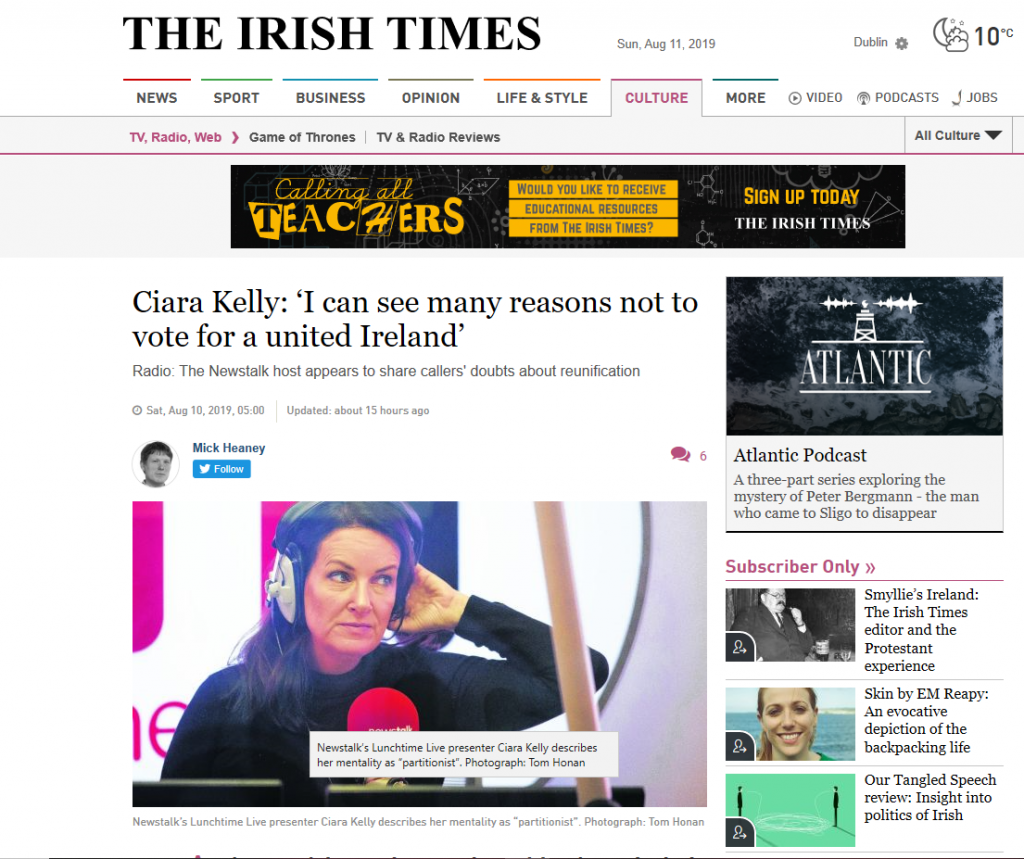 I am unable to find the podcast for her show on Newstalk.ie someone else out there maybe might be able to help.

What to say about this Ciara Kelly and her views for starters I don’t accept this woman’s bona fides. She sounds more like a agent of influence for someone like MI5 whose agenda she seems to push. Who else in the Europe/World doesn’t want to see a United Ireland Mi5 is a very likely candidate and the Tory establishment in England is another. Stop agreeing with English Tory’s and stand for a free United Ireland. There certainly is a lot of puppets in Ireland (32 counties) who spout for “Mother England” and her interests. Someone should speak up for Ireland and her interests and not have to listen to a puppet who doesn’t give any good reason why Ireland shouldn’t be reunited. I hate the way this is presented to the public as the “in view” and has callers who only agree with her on. Its far from a true situation.