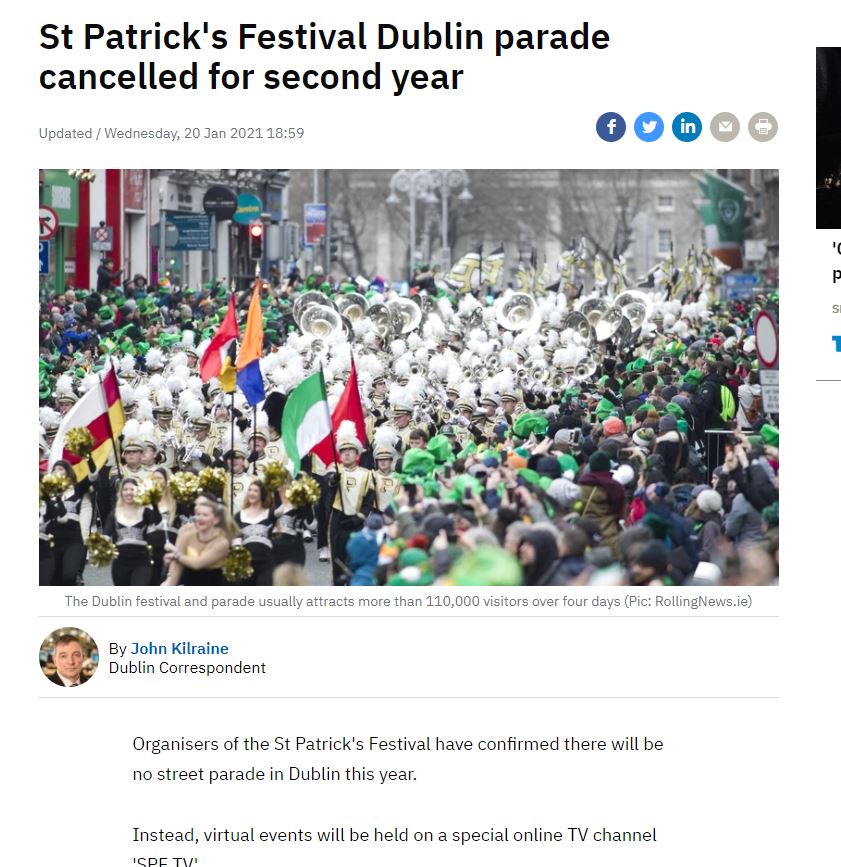 Well well here something that hasn’t gone away over the last year . In fact its gotten worse over the Christmas break with over a hundred people dying from Co-vid 19 been reported today.

To be honest one or at least i am sick of all the lockdowns, the shops closing and the other business that have been affected. Shouldn’t one lockdown have done the trick if properly implemented ?  We are on the third lockdown now and in saying that the letup for Christmas was a mistake , all the movement of people into Ireland brought the disease with them especially those from England/UK. There was no check for the disease incoming passengers and the 14 day isolation was voluntary only. Now people will have to have taken a test for the virus within the seventy two hours before arrival and people will have to stump up for 14 day isolation in approved facility at their own expense. Government was making out they were doing alot but weren’t doing the basics at keeping the Co-vid 19 out of Ireland.

Also the vaccine isn’t being rolled or mass inoculation of people  is too slow they had all of january to inoculate the over 80’s but are only beginning to do it now in February. The roll out of the vaccine is too slow and will make the Co-vid 19 situation drag out.

As for St Patrick’s day it looks to be cancelled for two years in a row, another festival bites the dust. Will Easter be clear ? or cancelled again ? One will have to wait and see – won’t we ?