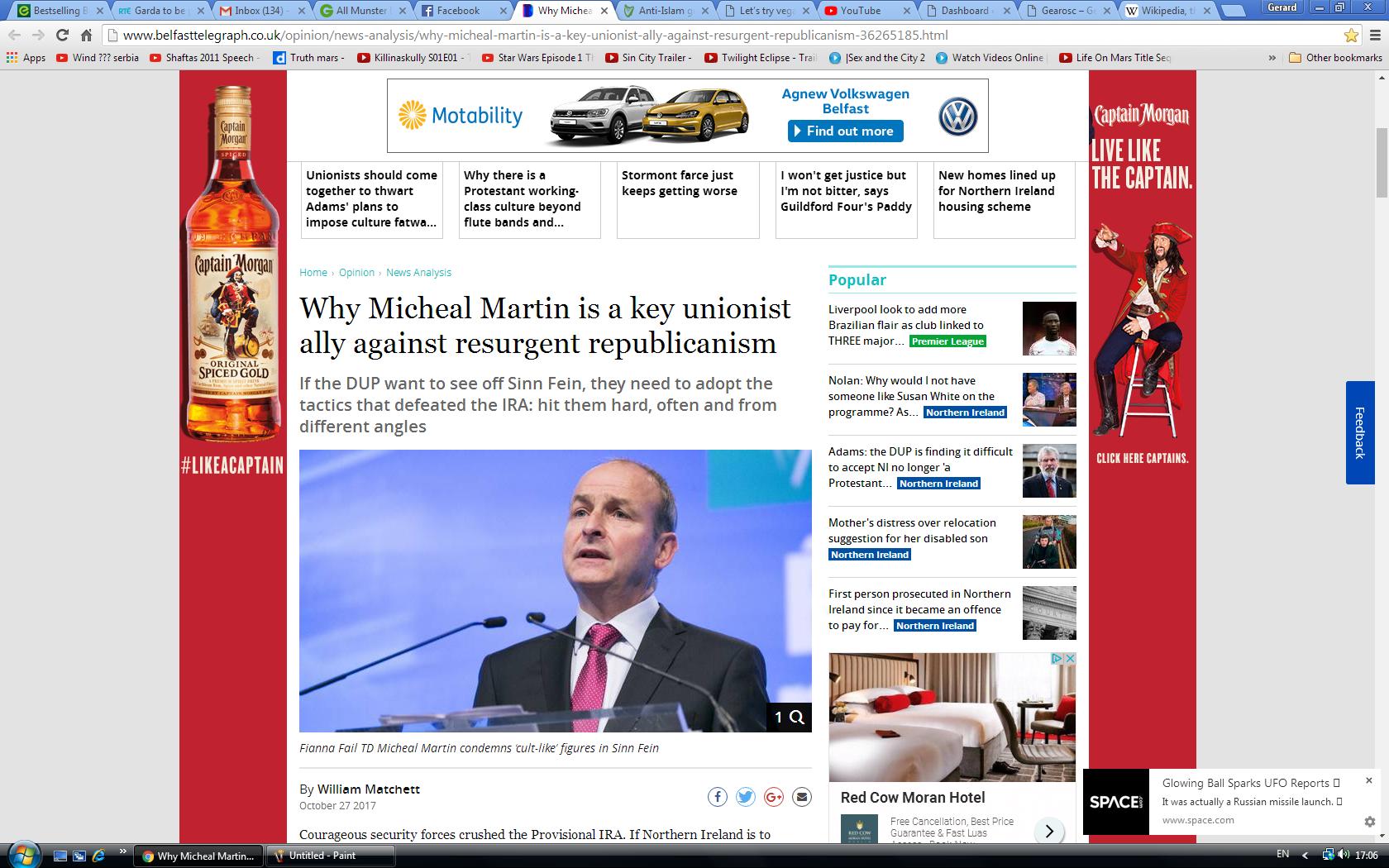 This is a delayed comment on the election which was held on 8th February. The outcome was good for Sinn Fein but they  didn’t run enough candidates to gain a outright victory.

What has happened is that the establishment parties have merged, blocking Sinn Fein from forming a Government. This was bound to happen when both Fianna fail and Fine gael lost support. There was little between the establishment parties for a long time as both are a collection of gangsters i.e alot of taxpayers money ends up in a politician’s bank account ( a secret one at that).

A Sinn fein government wouldn’t be that much different from the establishment, maybe some people are naive to think that, but they would be some movement on the North at least.

Varadkar and Martin have stymied that with their coalition of the “unwanted”. People are bound to pay more taxes, get less services and have living standards squeezed. While all the time the rich pay less and take out more. You could talk about  government inefficiency/waste/ blatant corruption  till the cows come home but nothing will change in the immediate future. Irish politics is a puppet show at best.