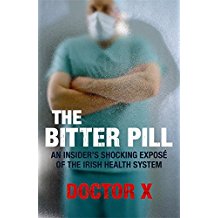 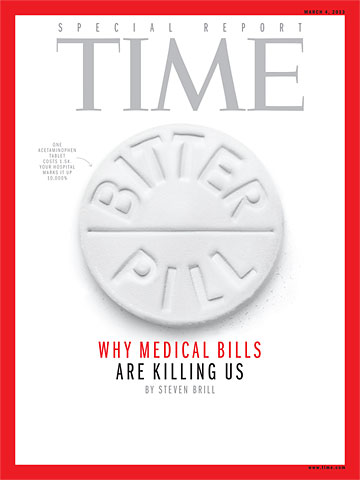 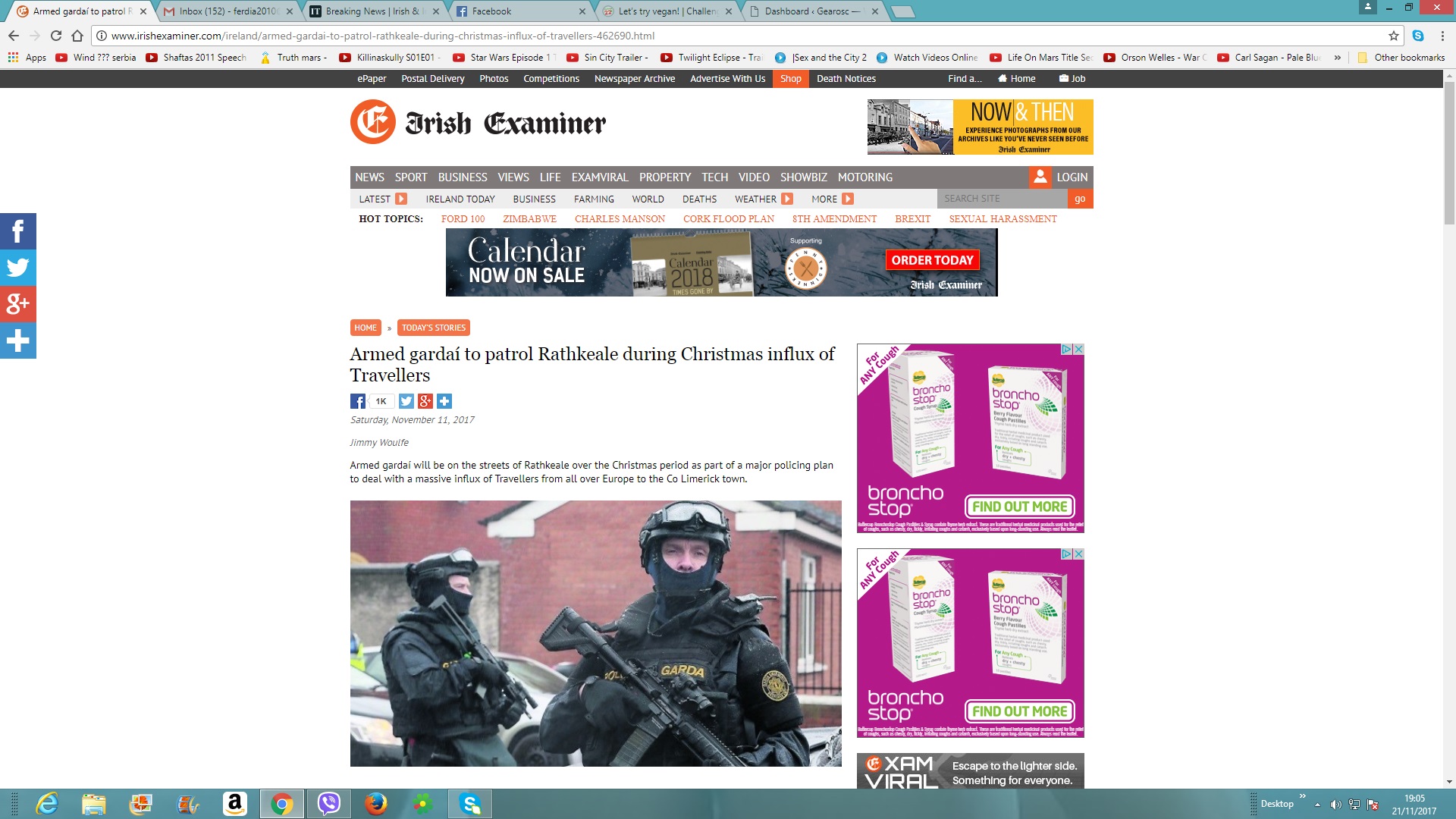 In the news of late is Rathkeale, not for good news apparently. Armed police are to be deployed to this small town in the run up/during and after Christmas period. Large numbers of “travellers” come to the town each Christmas and its become quite rowdy time for Rathkeale. Haven’t heard of a lot of trouble happening but the deployment of armed police at Christmas time is becoming a regular event.

These visitors constantly drive up and down the town in swoosh cars which are actually rented for the Christmas period. They are annoying and cause traffic jams, feral children are also a problem. Don’t see why they all come to Rathkeale as they are living their lives elsewhere. Some business in town do well from the influx of “Visitors” but they give a bad image of Rathkeale and many houses are boarded up for the rest of the year.

Rathkeale becomes half a Ghost town. The “Traveller” community is over represented in Rathkeale and more should be done to encourage people to live there and more business/employment attracted to the town.

On the news at nine o’ clock is the announcement that Gerry Adams is to step down as leader of Sinn fein. Gerry Adams has held the position since 1983 which is over thirty four years, quite a achievement in a modern political party. 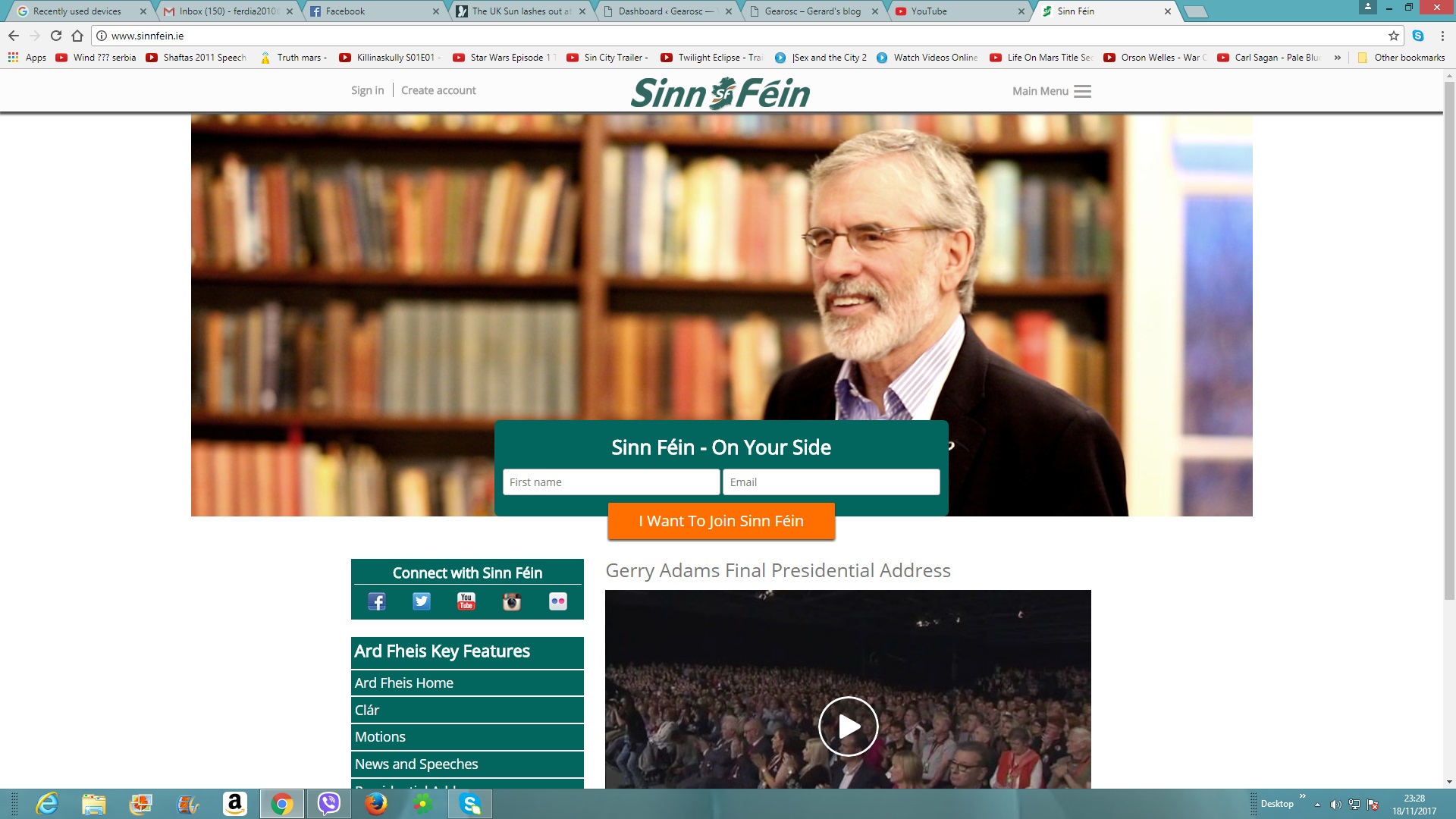 Gerry Adams has led a chequered career in Sinn fein, he ended the “armed struggle” alongside Martin McGuinness who died earlier this year and signed up for the controversial Good friday agreement. He has built up a political organisation with seats at the Dáil, Westminster and Stormont assemblies. The party has become a lot more numerous than during the “armed struggle” as seen during their ard fheis in Dublin. However the movement he leads tends to take one step forward followed by two steps backward. He put in a highly suspicious performance during the 2007 Dáil elections. letting Micheal McDowell land some punches on him about Farc and the sum of twenty five million allegedly obtained from them despite knowing that some PD’s were “ansbachers”. Nobody asked him to explain his showing and he largely lost the election for Sinn fein. Some form of blackmail seemed to have been used. Adams led/leads a movement that is chock full of informers, touts and spies. One wonders what the future holds for Sinn fein and will they get their referendum on Irish unity in the years to come, everybody needs to play for team Ireland to win that one.

History will write on Gerry Adams and his legacy in the fullness of time.

Just taking note of Tuesday nights match between Ireland and Denmark (Ireland lost 5-1). Only saw the second half of the match but it was a very disappointing performance from the Republic’s soccer team, they seemed rudderless without a sense of direction and gave away easy goals to Denmark. They held in Copenhagen but why did they go to bits in Dublin ? It was a shocking performance to put on for a home crowd, who were expecting to be booking places for Russia next summer some hope of that now. It looked like the soccer squad hadn’t did their homework and it showed. They had a easy group to qualify from and made a mess of it and left it all to the very end to do. Don’t think one should expect a lot from this soccer squad in the future.